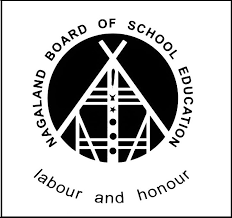 i. Death the Leveller (James Shirley)

Unit I: Restoring Balance in Ecosystem

Unit III: Issues of the Environment

Concurrent lines in a triangle

Unit I: India and the contemporary world

a. Nationalism in Europe:

The growth of nationalism in Europe after the 1830’s.
The ideas of Giuseppe Mazzini etc.
General Characteristics of the Movements in Poland, Hungary & Greece.

b. Nationalist Movement in Indo-China:

French colonialism in Indo-China.
Phases of struggle against the French.
The Second World War and the struggle for liberation.

Expansion and integration of the world market.
Trade and economy between the two wars.
Shifts after the 1950s.
Impact of globalization.

Types of Power resources – conventional and non-conventional, utilization and conservation.

Types, contribution of industries to the national
economy.
Industrial pollution and degradation of environment.
Measures to control degradation.

Competition and contestations in democracy:

Shaping of democracy in favour of ordinary people.
Role of political parties in competition and contestations.
Party system in India.

Democracy and its outcomes.
Expectations of democracies with special reference to India.
Development, security and dignity for the people in democracy.
Factors that sustains democracy in India.

Service sector and its importance in generating employment and income to the nation.
Growth of service sector in India.
India as a major service provider to the world.
Need for public investment.
The role of important infrastructure- education and health.

Exploitation of consumer and its causes.
Rise of consumer awareness.
Consumer’s responsibility in a market.
Role of government in consumer protection.

Some important chemical compounds: Preparation/manufacture (in brief), properties and uses of- washing soda, baking soda, bleaching powder and Plaster of Paris. Manufacture and properties of some important building materials–lime, cement, glass and steel.

Metals: Minerals and ores; metallurgy- enrichment of ores, extraction of metals from ores, their refinement and purification (with reference to iron and aluminium); activity series of metals, general properties and corrosion of metals. Alloys –components, properties and uses of steel, stainless steel, brass and magnelium, Alloying of gold.

Light: Nature of light – theories of light; reflection of light – laws of reflection, reflection from plane and curved surfaces; mirror – plane, concave and convex; sign conventions; derivation of mirror formula, magnification. Laws of refraction; refraction through a rectangular slab; image formation by concave and convex lenses; lens formula (with simple treatment); sign conventions; power of lens; some optical phenomena in nature (twinkling of stars, mirage); defects of vision and their correction. Construction and working of a compound microscope and an astronomical telescope; Dispersion of white light by a glass prism; composition of white light, colour of objects and pigments, super imposition of light of primary colours.

About Nagaland Board of School education (NBSE):-

The NBSE was set up through an Act by the Nagaland Legislative Assembly and received the assent of the Governor on the 15th of November 1973.

It started functioning from the 1st October 1974, and in March 1975, the Board held its first High School Leaving Certificate Examination at 6 (six) centres, for 2008 (two thousand and eight) candidates.

In trying to emerge with her own identity, a series of workshops, seminars, trainings, study tour were organized. Subsequently, the state level curriculum committee held its first meeting on the 30th March 1978 which led to a series of workshops to bring out our independent curriculum. The new curriculum, shaped after the needs of the state, was approved by the Government on the 12th April 1979. Text books written or selected in accordance with the newly framed curriculum were put into use for classes 9 and 10 from 1981 and 1982 respectively.

In 1986, a significant development marked the HSLC examination process with the introduction of centrally coded answer books for centralised evaluation.

In 1988, the existing HSLC course was semesterised and bifurcated into two examinations, i.e. the Class 9 (Promotion) Examination and the HSLC examination. With the onset of semesterisation, supplementary examination was done away with.

Nagaland School Education Board has released the revised syllabus for all the subjects in the 10th Class. Detailed PDFS are available here. Candidates who are preparing for the examination can download the Syllabus from here. Syllabus is available at the below mentioned URLS

The following FAQ’s will satisfy some of the doubts arise in the minds of students. Please read all the FAQ’s to get much clarity about the Nagaland 10th Class Examinations.

Nagaland Board of School Education (NBSE)

What is the examination timetable of Nagaland Board 10th Class?

When will Nagaland 10th Class examination results will be declared?

Approximately in the month of April/ May/ June 2022

What is the minimum percentage to qualify Nagaland School Board exam?

How much Percentage the Nagaland Government has reduced the Syllabus?

Nagaland School Examination Board has reduced the syllabus by 30%

What is the full form of HSLC?

What is the full form of MBSE?

Nagaland Board of School Education (MBSE)

Is there any changes in the Syllabus of Nagaland 10th Class compared to previous year?