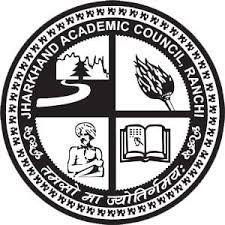 Unit I: Events and Processes

Competition and contestations in democracy

Unit I : Concept and scope of Home Science Education and recent trends

Unit III : Family and Values
a) Concept and types of family
b) Role of family in Holistic development of an individual (Physical, Social,
Psychological and spiritual)
c) Ethical and value based society (need for happy family, respect and care for
each member of family, Dignity of labour, work distribution within the family)
d) Importance of Girl Child.
e) Influence of various factors on a family : Globalisation, urbanisation, migration,
technology and media.

Jharkhand Academic Council (JAC) has released the revised syllabus for all the subjects in the 10th Class. Detailed PDFS are available here. Candidates who are preparing for the examination can download the Syllabus from here. Syllabus is available at the below mentioned URLS

The following FAQ’s will satisfy some of the doubts arise in the minds of students. Please read all the FAQ’s to get much clarity about the JAC 10th Class Examinations.

What is the examination timetable of Jharkhand 10th Class?

Government of Jharkhand will conduct 10th Class examinations during the period from 24th March 2022 to 25th April 2022.

When will Jharkhand 10th Class examination results will be declared?

What is the minimum percentage to qualify Jharkhand Board exam?

How much Percentage the Jharkhand Government has reduced the Syllabus?

Jharkhand Academic Council (JAC) has reduced the syllabus by 30-40%

What is the full form of SSLC/ HSLC?

What is the full form of JAC?

Is there any changes in the Syllabus of Jharkhand 10th Class compared to previous year?