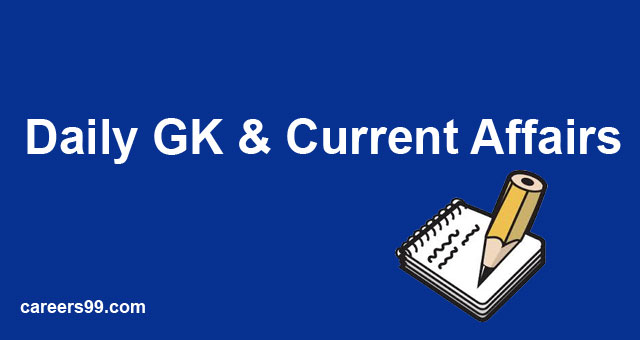 Hai aspirants today we are discussing about the Daily GK Update Current Affairs of 25th September 2018. Now a days at current generation candidates are preparing for the bank exam and as well as government examinations, for the sake of students who are preparing for the upcoming banking examinations we are there to help you in the studies, here we mentioned the Current Affairs every day in this site. Careers99 gives you the best current affairs and daily GK Quiz. Just see the below article you can know the current affairs across the world. Current Affairs plays very important role at the time of govt & Bank Examinations. Candidates make thorough with these current affairs and get good score in the upcoming events.

On 5th September 2018 the Minister of Commerce and industry launched the Mission on Government e marketplace (GeM). The Mission GeM has recorded for till date more than 8 lakh transactions over Rs.12,239 crore.

This mission is launched to increase awareness, accelerate the use of GeM, The Government decided to launch a six Week long National Mission on GeM.

CSIR-NEERI Developed the WAYU as a part of technology Development Project.

The air of 500 square meters can be purified by the Device.

Google  the Technology Giant has appointed Keith Enright its Privacy Lawer as Chief Privacy Officer for its Potential federal regulation of data.