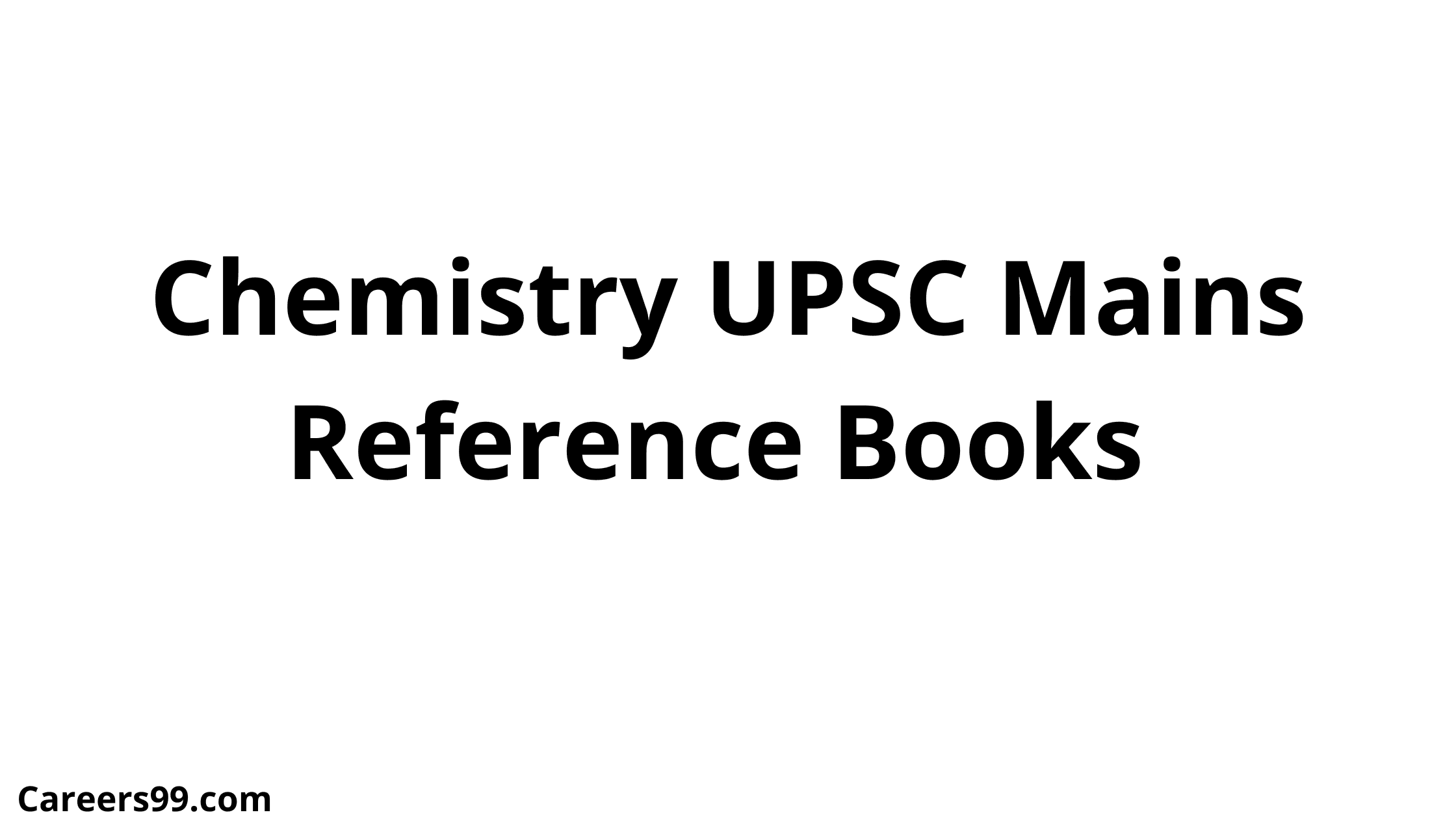 Chemistry UPSC Mains Reference Books 2022  Chemistry is one of the most popular Optional Subject. Candidates who have chemistry background in degree or B.Tech. can score high Marks in this Optional Subject. The Union Public Service Commission conducts the popular and difficult exam National wide. The exam will conduct in three stages: Prelims, Mains, and Interview. Prelims exam is conducted to the candidates who have applied to UPSC exam. Candidates who have qualified in Prelims are eligible to  write Mains exam. Final Interview is conducted to the candidates who have completed the two exams. And those are directly recruited to the civil services like IAS, IPS, IES, and IFS. There are Nine Papers in this exam, Out of it Seven papers must be attempted compulsorily. And the remaining two papers are Optional subjects.